Many books have been written about these phenomena and events, there are fierce disputes between scientists and researchers, but the truth still lurks somewhere in the shadows.

In 1971, a man known only as D. B. Cooper boarded a Boeing 727-100 at Portland International Airport. The flight, which took place on Thanksgiving Day, was bound for Seattle. During the flight, Cooper gave the flight attendant a note saying he had a bomb, demanding $200,000 and four parachutes. The flight was delayed by two hours to give the FBI time to collect the ransom and parachutes.

The plane landed at Seattle-Tacoma Airport, and once all of Cooper’s demands were met, the passengers were released. Cooper ordered the pilots to take off again and head for Mexico City. On the way, he jumped out and disappeared. Despite the involvement of about forty FBI agents and a thorough search of the area by military forces, they could not find any trace of Cooper, alive or dead.

The Voynich Manuscript is a detailed book, quite thick – 240 pages, written in a completely unknown language.

The manuscript contains diagrams and drawings dating from about the 15th century. Researchers have been trying to decipher the strange book for centuries, but they have never been able to do it.

Scheduled passenger flight on the route Kuala Lumpur – Beijing, operated on March 8, 2014 by Malaysia Airlines Boeing 777-200ER. 40 minutes after takeoff, the plane disappeared from radar screens over the South China Sea. Later it turned out that the plane was in the air for another 7 hours, but did not respond to dispatchers’ messages.

There were 239 people on board, all of whom were declared dead in January 2015 as a result of an “accident”. The investigating authorities did not establish the circumstances and causes of the incident. 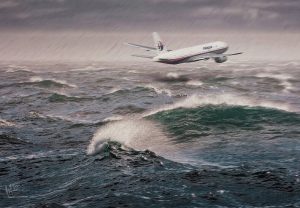 The Taman Shud case is an unsolved criminal case involving the murder of an unknown man who was found dead on December 1, 1948 on Somerton Beach in Adelaide, Australia. There were no visible wounds on the body of the deceased. In addition, an autopsy showed that before his death he was completely healthy.

The biggest resonance was caused by a piece of paper discovered with him, torn from a copy of a very rare edition of Omar Khayyam, on which only two words were written – Tamam Shud (“Tamam Shud”), which means “completed” or “finished.” In addition to this riddle , a copy of the Rubaiyat was soon found, which contained a strange cipher, supposedly left by this dead man himself. The investigation has so far failed to establish either the identity of the deceased, or to accurately determine the method of his killing.

June 30, 1908. Something is falling in central Siberia, causing an explosion of monstrous force. The nearest city was 60 km away, but still felt the effects. The explosion produced 85 times more energy than the atomic bomb dropped on Hiroshima and leveled about 80 million trees. 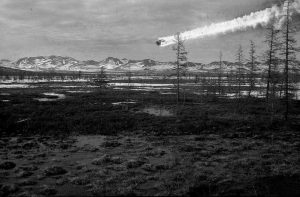 Dozens of expeditions will search for the Tunguska meteorite and its fragments, trying to prove otherwise. To no avail. Not even a tiny fragment was found. As well as the crater, which was supposed to remain at the site of the fall.

A strong narrow-band spaceborne radio signal captured by Dr. Jerry Eyman on August 15, 1977 while working on the Big Ear radio telescope at Ohio State University. The anomaly lasted 72 seconds and never happened again. There are many versions explaining the origin of the signal. The most interesting of these is the theory that the signal was sent from an alien starship that was moving.

The most famous case related to the Bermuda Triangle is the disappearance of five Avenger-class torpedo bombers. These aircraft took off on December 5, 1945 from the US Naval Forces base in Fort Lauderdale and did not return back. Their wreckage has never been found.